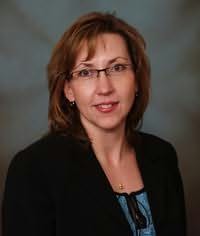 Lana Williams is an Amazon All Star and Best Selling author who writes historical romance filled with mystery, adventure, and a pinch of paranormal to stir things up. Filled with a love of books from an early age, Lana put pen to paper and decided happy endings were a must in any story she created.

Her latest series is The Seven Curses of London, set in Victorian times, and shares stories of men and women who attempt to battle the ills of London and the love they find along the way that truly give them something worth fighting for.

Her first medieval trilogy is set in England and follows heroes seeking vengeance only to find love when they least expect it. The second trilogy, Falling for a Knight, begins on the Scottish border and follows the second generation of the de Bremont family.

The Secret Trilogy, stories set in Victorian London, follows three lords injured in an electromagnetic experiment that went terribly wrong and the women who help heal them through the power of love.

Series contributed to
Indulgences Novella
5. Yours for the Weekend (2017)