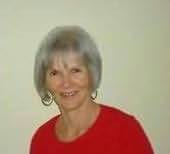 aka Erika Chase, The Ladies' Killing Circle, Essie Lang
For 14 years, Linda Wiken owned the mystery specialty store, Prime Crime Books in Ottawa, ON. It was with sadness and a sense of anticipation that she closed the store in 2010. Now, she's embarkedon a life of crime between the pages. Her first novel in the Ashton Corners Book Club mysteries, A Killer Read, was published April, 2012 as her alter ego, Erika Chase, and was shortlistedfor an Agatha Award for Best First Novel at the Malice Domestic conference. There are now five books in the series.

She embarked on a new writing adventure this year as the real Linda Wiken with another series, the Dinner Club Mysteries, also from Berkley Prime Crime. The first book, Toasting UpTrouble, is now available.  The second, Roux the Day, will be available in March, 2017.

Her short stories have appeared in the seven Ladies Killing Circle anthologies (three of which she co-edited), and in the magazines Mysterious Intent and Over My Dead Body. She has beenshort-listed for an Arthur Ellis Award, Best Short Story, from Crime Writers of Canada.

Before life in the world of mystery, she worked as an advertising copywriter, radio producer, journalist and community education worker.   ).

As a volunteer with the Ottawa Police Service for over 15 years, she developed a strong, sometimes scary interest in police procedures. She wrote weekly crime stats articles for the localcommunity newspapers for them, along with stories for the OPS internal newsletter.

Death and a Pot of Chowder (2018)
(Maine Murder Mystery, book 1)
Cornelia Kidd
"Life and death on Quarry Island, Maine are welcoming and terrifying…Kidd serves up a compelling mystery along with a taste of life on Quarry Island. I couldn’t put it down!"

In Peppermint Peril (2018)
(Tea and Read Mystery, book 1)
Joy Avon
"Callie Aspen is home for the holidays but a murder wasn’t in her plans. With a fierce determination and sleuthing skills to leave the local police in awe, she makes a strong debut in In Peppermint Peril. This is a new cozy series to watch."