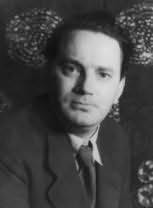 (1900 - 1938)
Thomas Wolfe was born in 1900 in Asheville, North Carolina, a resort town in the Blue Ridge Mountains. His father was a tombstone cutter from Pennsylvania, his mother a native of the mountain area. Much like Eugene Gant in Look Homeward, Angel, Wolfe spent his youth going back and forth between 92 Woodfin Street, where his father and his sister lived, and The Old Kentucky Home, which was the Dixieland boarding house in Look Homeward, Angel. In 1912, Wolfe became a student at the North State School, a private school, and in 1916 he entered the University of North Carolina at Chapel Hill. After rejecting the offers of various newspaper positions, in 1920 Wolfe entered Harvard Graduate School, from which he received his MA in English. He completed an extra year at Harvard, studying playwriting, but he never had any luck selling his plays in New York.

He became an instructor in English at New York University in 1924, serving intermittently until 1930, writing and traveling extensively in Europe and the Americas. In 1925, while sailing for New York, he met a woman who was to be his constant companion for the next five years, Mrs. Aline Bernstein, who was married and some eighteen years older than Wolfe. In 1927, Mrs. Bernstein persuaded Wolfe to work solely on his novel, rather than to return to his teaching job. She rented a garret for him over a tailor's shop in a run-down building where he wrote his first novel, Look Homeward, Angel. After several publishers rejected it, it was finally accepted by Maxwell Perkins at Scribner. In 1929 Look Homeward, Angel was published. Much has been written about the fact that Thomas Wolfe's Look Homeward, Angel is autobiographical, and its publication met with violent reaction in Asheville. The community was furious that its secrets had been laid bare by one of its own sons. Only later was the literary merit of the book appreciated.

In 1931, Wolfe moved to Brooklyn where he spent the next four years living in poorly furnished apartments with cigarette-burned tables, straight chairs, and dry-goods boxes where he placed his completed pages. He wrote the hard way -- in fits and turns, without chronology, moving from one unconnected episode to another, often revising, often rewriting entirely.

His next book, Of Time and the River was published in 1935. The book was a triumph, and in an effort to capitalize on its popularity, Scribner rushed through a book of Wolfe's short stories, From Death to Morning. Wolfe was now widely known, and it was during this time that he "was set upon by every kind of parasite," as he wrote, "every kind of harpy, every kind of vulture, every kind of female egoist that had a string to pull." Though he wanted merely to be left alone, a number of provoking incidents plagued him: lawsuits, blackmail letters, and a grave quarrel with Scribner. Eventually, his publishing relationship with Scribner was severed when Perkins and Wolfe became divided on ideological issues (the last four chapters of You Can't Go Home Again), Perkins protesting when Wolfe wished to replace his lyrical prose with political and ethical arguments.

Wolfe began a publishing relationship with Harpers which published The Web and the Rock in 1939 and his last novel, You Can't Go Home Again, in 1940. In early July of 1938, Wolfe, on a trip to British Columbia, contracted pneumonia. When a fever persisted during convalescence, the doctor ordered an X ray which revealed a tubercular lesion on the upper lobe of his right lung. In Johns Hopkins Hospital in Baltimore, an operation showed that Wolfe's brain was infected by tubercular germs released during the siege with pneumonia. Thomas Wolfe died on September 15, 1938, eighteen days short of his thirty-eighth birthday.