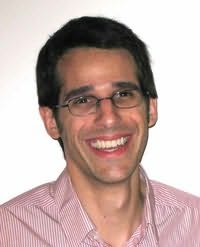 Ben H. Winters (Benjamin Allen H. Winters) is an American author, journalist and playwright. He is best known for the 2009 parody novel Sense and Sensibility and Sea Monsters, which reached the New York Times best seller list in September 2009. He lives in Brooklyn, New York.

The Midnight Guardian (2009)
(Millennial, book 1)
Sarah Jane Stratford
"Wickedly clever... vampires in Nazi Germany is a great idea, and the writing is every bit as good as the book."

IQ (2016)
(IQ, book 1)
Joe Ide
"Joe Ide has got all the pre-requisites of a great mystery writer: an acerbic wit, a craftsman's mastery of pace, and a clear-eyed but big-hearted view of humankind. His humble and low-key hero, a P.I. named IQ, is a joy to spend time with, and once you've hung out in this Los Angeles of two-bit thugs, half-baked capers, and big scary dogs, you'll be as excited as I am for a sequel."