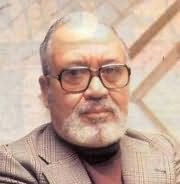 Born in Augusta, Georgia to Rufus Garvin Yerby, an African American, and Wilhelmina Smythe, who was caucasian, Yerby was originally noted for writing romance novels set in the Antebellum South. In mid-century he embarked on a series of best-selling historical novels ranging from the Athens of Pericles to Europe in the Dark Ages. Yerby took considerable pains in research, and often footnoted his historical novels. In all he wrote 33 novels. In 1946 he became the first African-American to publish a best-seller with The Foxes of Harrow. That same year he also became the first African-American to have a book purchased for screen adaptation by a Hollywood studio, when 20th Century Fox optioned Foxes. Ultimately the book became a 1947 Oscar-nominated film starring Rex Harrison and Maureen O'Hara.

Yerby left the United States in 1955 in protest against racial discrimination, moving to Spain (then under the Franco regime) where he remained for the rest of his life.

Frank Yerby died from congestive heart failure in Madrid and was interred there in the Cementerio de la Almudena.