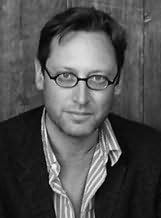 (b.1968)
MT Anderson is an accomplished writer who has written a wide variety of titles, including works of fantasy and satire for a range of ages. Anderson grew up outside of Boston, Massachusetts. He was educated in English literature at Harvard University and Cambridge University, and went on to receive his MFA in Creative Writing from Syracuse University.

Before becoming a writer, Anderson held several other jobs, some of which he has used as inspiration for his writing. He worked as a burger flipper, a department store cashier and a radio DJ. His previous novels have included Thirsty, a vampire novel, Burger Wuss, a fast food revenge book and Feed, a futuristic satirical novel. Feed was a finalist for the National Book Award and won the L.A. Times Book Award for YA fiction in 2003. It was additionally a finalist for the Boston Globe/Horn Book Award. Anderson has also written a number of childrens picture books.