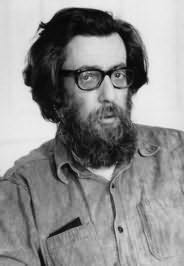 (1925 - 2013)
Sol Yurick was an American novelist. He was born to a working class family of politically active Jewish immigrants. At the age of 14, Yurick became disillusioned with politics after the Hitler-Stalin pact. He enlisted during World War II, where he trained as a surgical technician. He studied at New York University after the war, majoring in literature. After graduation, he took a job with the welfare department as a social investigator, a job he held until the early 1960s, when he took up writing full time. He was involved in Students for a Democratic Society and the anti-war movement at this time.