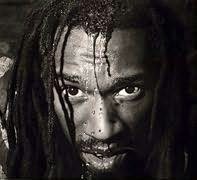 (b.1958)
Benjamin Obadiah Iqbal Zephaniah is a British Rastafarian writer and dub poet. He is a well-known figure in contemporary English literature, and was included in The Times list of Britain's top 50 post-war writers in 2008.

Zephaniah has said that his mission is to fight the dead image of poetry in academia, and to "take [it] everywhere" to people who do not read books.

The Marlowe Papers (2012)
Ros Barber
"The best book I've read for a long time. Truly innovative, truly original, and a powerful poetic journey to another truth. Ros Barber has told a great story, in a fascinating way, so fascinating that she had someone like me gripped to the very end. This really is a joy to read and a true work of art."

The Beekeeper of Aleppo (2019)
Christy Lefteri
"This novel speaks to so much that is happening in the world today. It’s intelligent, thoughtful, and relevant, but very importantly it is accessible. I’m recommending this book to everyone I care about."

The Infinite (2020)
(Leap Cycle, book 1)
Patience Agbabi
"The Infinite is so adventurous that it lit up parts of my brain I didn't know I had. Patience Agbabi has caused a wonderful supernova deep in the literary universe . . . Elle is curious, questioning and fearless. What an inspiration. The future just got so much better."