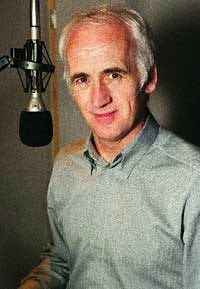 (b.1946)
Terry Deary is the author of 180 books in the UK (with about 550 more foreign editions) mainly for children and teenagers. His books are sold in 38 languages from Russia to Brazil, Scandinavia to China.

He was born in Sunderland, England, in 1946 and now lives in County Durham, in the North-east of England. Terry is a former actor, theatre-director and museum manager.