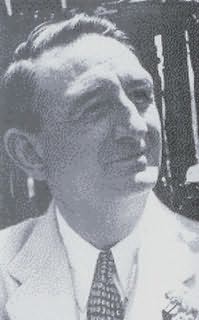 (1893 - 1952)
Born 22nd January, 1893, in Baltimore, Fulton Oursler was an editor, journalist, playwright and author who ended his career as a senior editor at Reader's Digest. He wrote detective novels under the name Anthony Abbot and assisted the police in solving homocides. His radio show attracted a large audience. He converted to Catholicism in 1943. The Greatest Story Ever Told, published in 1949, and later released as a motion picture, was his attempt to write the life of Christ in a way that would appeal to modern-day readers. He Died 24nd May, 1952 in New York City.

Collections
These Are Strange Tales (1948)