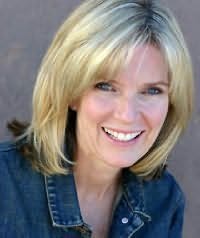 Barbara Ankrum says she's always been an incurable romantic, with a passion for books and stories about the healing power of love. It never occurred to her to write seriously until her husband, David, discovered a box full of her unfinished stories and insisted that she pursue her dream. Need she say more about why she believes in love?

With a successful career as a successful commercial actress behind her, Barbara decided she had plenty of eccentric characters to people the stories that inhabited her imagination. She wrote her first novel in between auditions and led to a publishing contract, but she's never looked back. Years later, she still believes in happy endings and feels very lucky to do what she loves. Her historicals have won the prestigious Reviewer's Choice and K.I.S.S. Awards from Romantic Times Magazine, and she's been nominated for a RITA Award from Romance Writers of America.

Barbara lives in Southern California with her actor/writer/hero-husband, two cats and one scruffy, unrepentant dog at her side. They have two perfect grown children.

Collections
Pistols and Petticoats (2014) (with Adrienne deWolfe and Sharon Ihle)

Series contributed to
Try To Remember
6. I'll Remember You (1999)