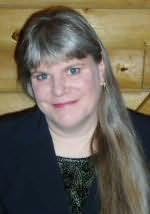 Barbara Dunlop penned--well pencilled, actually--her first major work of fiction at the age of eight. It was entitled How The Giraffe Got His Long Neck and was released to rave reviews. Unfortunately, the print run of one copy hindered distribution. But the experience whet her appetite for celebrity and acclaim.

Three years later she became a reporter for the venerated publication, The Berry Street Times. With a circulation of eleven, this forum allowed Barbara to reach even more faithful readers.

Several years after that, she began writing romantic comedy. Barbara is now an award winning and best-selling author, writing for several Harlequin and Silhouette imprints. Her work is available in ten languages and in dozens of countries around the world.

Hudsons of Beverly Hills
3. Transformed into the Frenchman's Mistress (2009)
Luc, Jack and Charlotte (omnibus) (2013) (with Leanne Banks and Emily McKay)

Daughters of Power: The Capital
1. A Conflict of Interest (2013)