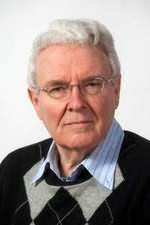 (Rennie George Airth)
South Africa (b.1935)
Rennie Airth was born in South Africa and has worked as a foreign correspondent for Reuters. The first novel in his John Madden trilogy, River of Darkness, was published in 1999 to huge critical acclaim, was shortlisted for four crime fiction awards and won the Grand Prix de Littérature Policière in France. The sensational sequel was The Blood-Dimmed Tide.