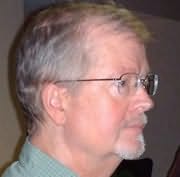 (1953 - 2010)
Jeff Bredenberg spent the first two decades of his publishing career working for newspapers, primarily writing and editing in Chicago, Denver, St. Louis, and four other cities. He published three science fiction novels-The Dream Compass, The Dream Vessel, and The Man in the Moon Must Die-plus several short stories in magazines and anthologies. In his "day job" Bredenberg was an independent writer and editor specializing in how-to and health topics. He wrote, edited, or contributed to more than twenty-five books. He was a frequent contributor to home-oriented magazines, as well. Bredenberg made frequent media appearances, including spots on The Late Show With David Letterman, The Rachael Ray Show, and the CBS Early Show. Bredenberg lived in the suburbs of Philadelphia with his wife and two sons. Jeff Bredenberg died on March 2, 2010, of glioblastoma, a brain tumor. He was fifty-six. Learn more about Jeff at jeffbredenberg.com and howtocheatbooks.com.