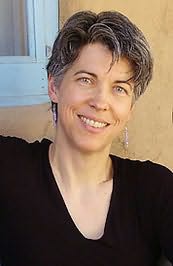 (b.1954)
Wife of Will Shetterly
Emma Bull (born 3 January 1954) is a science fiction and fantasy author whose best-known novel is War for the Oaks, one of the pioneering works of urban fantasy. She has participated in Terri Windling's Borderland shared universe, which is the setting of her 1994 novel Finder. She sang in the rock-funk band Cats Laughing, and both sang and played guitar in the folk duo The Flash Girls while living in Minneapolis, Minnesota.

She was a member of the writing group The Scribblies, which included her husband Will Shetterly as well as Pamela Dean, Kara Dalkey, Nate Bucklin, Patricia Wrede and Steven Brust. With Steven Brust, Bull wrote Freedom and Necessity (1997), an epistolary novel with subtle fantasy elements set during the 19th century United Kingdom of Great Britain and Ireland Chartist movement.

Bull graduated from Beloit College in 1976. Bull and Shetterly live in Arizona.