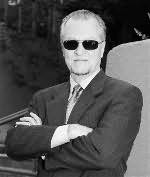 Joseph Badal has worked for thirty five years in the banking and financial services industries. Prior to his finance career, he served as an officer in the U.S. Army in critical, highly classified positions in the U.S. and overseas, including tours of duty in Greece and Vietnam. He earned numerous military decorations.

Joe has been a member of the New Mexico House of Representatives and recently retired as a Board Member and Senior Executive of a New York Stock Exchange-listed company. He lives in New Mexico.

Seven-Thirty Thursday (2019)
(Rick Devlin, book 1)
Reed Bunzel
"Bunzel's voice is his own, but with a bit of Pat Conroy and James Lee Burke thrown in. This is a writer that every mystery fan should follow."

Killing Icarus (2021)
Paul Kemprecos
"Killing Icarus is a tension-filled thriller that puts the reader on edge from the first page. Paul Kemprecos places you on a roller coaster ride of action and suspense that will leave you breathless and have you begging for more. His characters are richly described and his plotting impeccable. Don't miss this novel from a master writer at the top of his craft."
Visitors to this page also looked at these authors
David Baldacci
Mark Billingham
Steve Berry
Alex Shaw
Blake Pierce
Dan Brown
Paul Kemprecos
Kyle Mills
Brad Thor
William Bernhardt
Lisa Jewell
Jeff Abbott
Jeff Buick
Alex Scarrow
Ace Atkins
Brett Battles