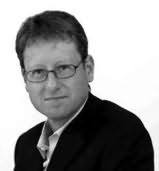 A pseudonym used by Jonathan Freedland
Sam Bourne is the pseudonym of Jonathan Freedland, an award-winning journalist and broadcaster. He has written a weekly column for the Guardian since 1997, having previously served as the paper's Washington correspondent.

In the annual What the Papers Say Awards of 2002 Jonathan Freedland was named Columnist of the Year. His first novel, The Righteous Men, was a Richard and Judy Summer Read and a Number 1 bestseller. His next two novels, The Last Testament and The Final Reckoning were both top ten bestsellers. He lives in London with his wife and their two children.