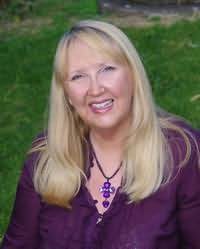 When Martine Bailey entered a cookery contest she had no idea it would lead to a life-changing obsession with French cuisine. As an amateur cook, Martine won the Merchant Gourmet Recipe Challenge and was a former UK Dessert Champion, cooking at Le Meurice in Paris.
Inspired by eighteenth-century household books of recipes, An Appetite for Violets invites readers to feast on the past as a sharp-witted young cook is taken on a mysterious trip to Italy. In pursuit of authenticity Martine studied with food historian Ivan Day and experienced Georgian food and fashion at firsthand with an historic re-enactment society.

Martine lives in Cheshire, England and Auckland, New Zealand. She is married with one son and is currently writing a second historical novel.