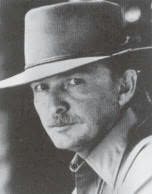 (b.1932)
Matt Braun is a fourth generation Westerner, steeped in the tradition and lore of the frontier era. His books reflect a heritage rich with the truths of that bygone time. Raised among the Cherokee and Osage tribes, Braun learned their traditions and culture, and their philosophy became the foundation of his own beliefs. Like his ancestors, he has spent most of his life wandering the mountains and plains of the West. His heritage and his contribution to Western literature resulted in his appointment by the Governor of Oklahoma as a Territorial Marshal.

Braun is the author of forty-four novels and four nonfiction works, including Black Fox, which was made into a CBS miniseries. Western Writers of America awarded Braun the prestigious Spur Award for his novel The Kincaids.

Dakota Kill (2000)
Peter Brandvold
"A rip-roarin' tale of intrigue and revenge that brings the Old West alive. All told by a storyteller working at top form."