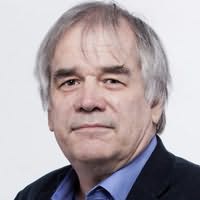 R.G. Belsky is an author of crime fiction and a journalist in New York City. His new suspense thriller, THE KENNEDY CONNECTION, will be published by Atria in August. It is the first in a series of books from Atria featuring Gil Malloy, a hard-driving newspaper reporter with a penchant for breaking big stories on the front page of the New York Daily News. Belsky himself is a former managing editor at the Daily News and writes about the media from an extensive background in newspapers, magazines and TV/digital news. At the Daily News, he also held the titles of metropolitan editor and deputy national editor. Before that, he was metropolitan editor of the New York Post and news editor at Star magazine. Belsky was most recently the managing editor for news at NBCNews.com where he worked closely with Nightly News with Brian Williams, the TODAY show and oversaw all digital news content on the NBCNews website. His previous suspense novels include PLAYING DEAD and LOVERBOY.

The Fourth Monkey (2017)
(4MK, book 1)
J D Barker
"Fascinating, fast-paced thriller. J.D. Barker keeps you on the edge of your seat right up until the final twist. A gripping read!"

All We Buried (2020)
(Sheriff Bet Rivers Mystery, book 1)
Elena Taylor
"Long-buried secrets in a small town – combined with a young female sheriff who has disturbing questions about her own past – make this tense, twisty thriller a real page-turner. Bet Rivers is a terrific character, and Elena Taylor an exciting new voice in mystery fiction. Read it!"