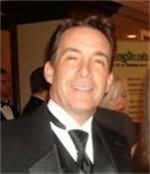 Thomas Benigno is a practicing attorney in Long Island, N. Y. After graduating Benjamin N. Cardozo School of Law in Manhattan in 1979, at the behest of his Criminal Law Clinic Professor, Barry Scheck (who later obtained fame for representing O. J. Simpson) he was fast-tracked to a position as Associate Attorney with the New York City Legal Aid Society in the Bronx. While there he sought out and tackled the grittiest of cases, even representing the infamous Spiderman Rapist. If you ask him why he repeatedly took on the defense of child molesters and rapists, he'll sound off two reasons:  no other attorney would take these cases, and he was young and out to prove himself. The year before he left Legal Aid to go into private practice he was featured in a two page spread in the New York City Legal Aid Society's Annual Report for his success in winning what seemed like an unwinnable case-a teacher's aide charged with molesting three of his students. At a party held in his honor he was handed a beautiful plaque commemorating his court victory-a plaque he never hung or put on display ever.
Three years after he left Legal Aid, after never losing a trial, he left the practice of criminal law behind forever. He currently practices real estate and business law, enjoys acting in staged productions on Long Island, appeared as an actor in two movies, one an award winning short film, and even produced (along with others) a Broadway show (Burn the Floor and its U.S. tour). He is married to the same "beautiful woman" since shortly after graduating law school and has three adult children. THE GOOD LAWYER is a novel inspired by real events while he was working as a Legal Aid Attorney in the Bronx.