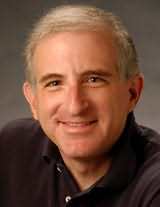 (b.1958)
Sheldon Siegel graduated from the Boalt Hall School of Law at the University of California at Berkeley in 1983. He has been in private practice in San Francisco for over nineteen years and specializes in corporate and securities law with the firm of Sheppard, Mullin, Richter & Hampton LLP.

He lives in Marin County with his wife, Linda, and twin sons, Alan and Stephen. He is at work on his next Mike Daley story.

The Cleaner (2005)
(Jonathan Quinn Thriller, book 1)
Brett Battles
"Brett Battles is a compelling new voice in the thriller genre. THE CLEANER combines the best elements of Lee Child, John LeCarre and Robert Ludlum. Deftly plotted, perfectly paced and expertly executed, Battles takes his readers on a joyride from the U.S. to Vietnam to post-Cold War Berlin. Jonathan Quinn is a character worth rooting for. Brett Battles is a master story teller. Find a comfortable chair and plan to stay up late. You won't be able to put it down. A stellar debut. Highly-recommended."

Don't Leave Me (2013)
James Scott Bell
"Among the top authors in the crowded suspense genre."

Lamentation (2014)
(Jay Porter, book 1)
Joe Clifford
"Jay Porteris a solid New England guy who s had a troubled life. His parents died in an auto accident under suspicious circumstances when he was a kid. His brother is a drug addict. He and his girl have split up. He barely knows his young son. He makes ends meet bydoing odd jobs. Yet when his brother is suspected of murdering his business partner, Jay s staunch character and moral code compel him to help his siblingand stare down his personal demons. From its compelling opening through its stunning climax, Lamentation is deftly plotted, immensely readable and artfully executed. This story is as chilling as a winter day in Northern New Hampshire."

Deep Six (2016)
(Jake Longly, book 1)
D P Lyle
"D.P. Lyle returns in superb form in Deep Six. Smart, wickedly funny, expertly constructed and deftly executed, Lyle is at the top of his game as he takes his readers on a romp on the Gulf Coast that goes down as smoothly as a cold beer on a hot day at a bar next to the beach. Jake Longly is a character worth rooting for, and Lyle's fans will be cheering for an encore. Find a comfortable chair and plan to stay up late to enjoy the ride. Highly recommended."

The Sleeping Lady (2018)
Bonnie C Monte
"The Sleeping Lady is a terrific debut. Rae Sullivan is an engaging heroine, the characters are finely drawn, and the dialogue is tight. The plot is beautifully paced. For those who love the San Francisco Bay Area, this novel shines like the sun breaking through the morning fog on a perfect San Francisco day. We will be hearing more from this talented newcomer."

Copy Boy (2020)
Shelley Blanton-Stroud
"A stellar debut. Copy Boy may be Shelley Blanton-Stroud's first novel, but it's apparent from page one that she's been working on her craft for many years. Combining the best elements of noir, historical fiction, and coming-of-age stories, Blanton-Stroud has written a compelling, nuanced story. Deftly plotted and expertly executed, Copy Boy is as mesmerizing as the moment when the fog lifts over Nob Hill. Highly recommended."