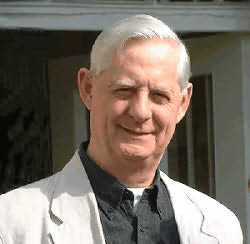 (b.1934)
A constant reader, Aidan Chambers was for eleven years during the 1950s and 60s a teacher of English and drama in secondary schools, seven of them as a modern-style monk. In 1968 he became a freelance author of fiction and a writer about and speaker on reading and literature.

In recent years he has lectured in Sweden, Holland, Italy, Canada and Belgium, where in March 2009 he delivered a keynote speech at a European Union Conference on Cultural Education, Innovation, Creativity and Youth, organised by the Flemish Ministry of Education. He has an honorary PhD from the University of Umeå, Sweden, and a Doctorate of Letters from the University of Gloucestershire, UK. He is a Fellow of the Royal Society of Literature.

He lives with his wife, Nancy, in a village in Gloucestershire.