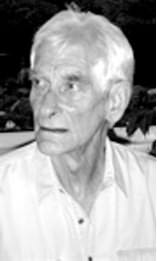 (b.1934)
Brian Callison was born in Manchester in 1934. On entering the merchant navy as a midshipman with the Blue Funnel Line in 1950, he served in cargo liners sailing to the Far East and Australia. Later he studied at Dundee College of Art before entering commerce. A Member of the Royal Institute of Navigation and an Associate of the Nautical Institute, he has maintained an active connection with the sea: first as an officer of the Royal Naval Auxiliary Service until its disbandment in 1994 and, currently, as Head of Tay Unit of the UK's Maritime Volunteer Service.

Since the publication of his now classic A Flock of Ships in 1970, Brian Callison has received international acclaim for his authentic, action-packed tales of maritime adventure such as The Auriga Madness, The Sextant, The Bone Collectors, The Trojan Hearse and the Trapp series.

Genres: Historical
Series
Brevet Cable
A Plague of Sailors (1971)
A Frenzy of Merchantmen (1977)
aka An Act of War