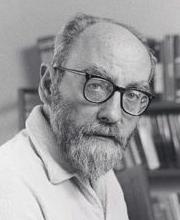 (1923 - 1983)
Celebrated for his fast-paced stories and attention to detail, thriller writer Desmond Bagley was born in the Lake District and spent his early working life in the aircraft industry, before his adventurous spirit took him on an exciting road trip to South Africa, where he settled as a freelance journalist and film critic. His first novel, The Golden Keel was an instant success, and he went on to write a further fifteen gripping stories, which have been translated into more than 20 languages.