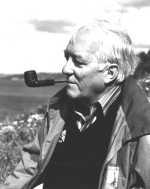 aka Alexander Kent
Douglas Edward Reeman joined the British Navy at 16, serving on destroyers and small craft during World War II and eventually rising to lieutenant. He served as vice-president of the Missions To Seamen and as a script adviser for television and films. Under the pseudonym, Alexander Kent, Reeman was the author of the best-selling 25-volume series of Richard Bolitho Novels. His books have been translated into nearly two dozen languages.