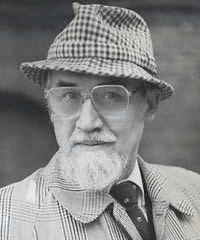 Reminiscent of the work of Desmond Bagley, Kyle's books typically involve a tough, resourceful individual who unexpectedly becomes involved in danger and intrigue in an exotic setting. A Cage of Ice, for example, involves a London physician who accompanies a hand-picked team of adventurers on a snowmobile journey across the Arctic to rescue a defecting Soviet scientist. Green River High follows another group of adventurers into the jungles of Borneo in search of a plane that crashed there during World War II. Kyle's novels are, like those of Bagley and Alistair MacLean, stronger on plot and setting than on characterization. They are invariably well-crafted, however, and two--The King's Commissar and The Dancing Men--are classics of the historical fiction and historical detective story genres, respectively.
Novels
A Cage of Ice (1970)
Flight Into Fear (1972)
A Raft of Swords (1974)
aka The Suvarov Adventure
Terror's Cradle (1975)
In Deep (1976)
The Semonov Impulse (1976) (as by James Meldrum)
Whiteout (1976)
Black Camelot (1978)
Green River High (1979)
Stalking Point (1981)
The King's Commissar (1983)
The Dancing Men (1985)
The Honey Ant (1988)
Exit (1993)