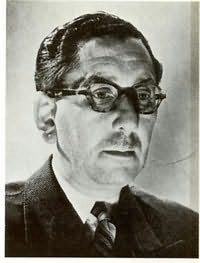 aka Hartley Howard
Hartley Howard (19081979) was the pen name of Leopold Horace Ognall, a British crime novelist. Ognall was born in Montreal and worked as a journalist before starting his fiction career. He wrote over ninety novels before his death in 1979. As Harry Carmichael, Ognall's primary series characters were John Piper (an insurance assessor) and "Quinn," a crime reporter.

Ognall created the pseudonym "Harry Carmichael" as an amalgam of the names of his immediate family: His son Harry, his wife Cecilia, his daughter Margaret, and his son Michael.