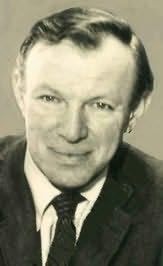 (1925 - 1993)
richton was born in Albuquerque, New Mexico, and grew up in Bronxville, New York.[1] He served in the infantry during World War II, and was wounded during the Battle of the Bulge in 1944. Before returning to the States, he ran an ice cream factory on the outskirts of Paris; it was, he said, his decompression chamber. He attended Harvard University on the GI Bill and was a member of the famed class of 1950. His father, Kyle Crichton, was a writer/editor at Collier's magazine and author of novels and biographies, including a biography of the Marx Brothers. He also wrote a column for The New Masses, a Marxist weekly, under the name Robert Forsythe.

Crichton's first book, The Great Impostor, published in 1959, was the true, if picaresque, story of Fred Demara, an impostor who successfully assumed scores of guises including serving as a Trappist monk, a Texas prison warden and a practicing surgeon in the Royal Canadian Navy. The book was a bestseller and adapted into a successful 1961 film with Tony Curtis in the starring role. Crichton's second book, The Rascal and the Road, was a memoir about his escapades with Demara.
Novels
The Secret of Santa Vittoria (1966)
The Camerons (1972)