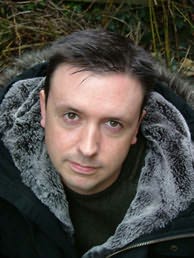 aka Steve Cole
Stephen Cole is an author of children's books and science fiction. He was also in charge of BBC Worldwide's merchandising of the BBC Television series Doctor Who between 1997 and 1999: this was a role which found him deciding on which stories should be released on video, commissioning and editing a range of fiction and non-fiction titles, producing audiobooks and acting as executive producer on the Big Finish Productions range of Doctor Who audio dramas.

Doctor Who : Ninth Doctor
The Monsters Inside (2005)