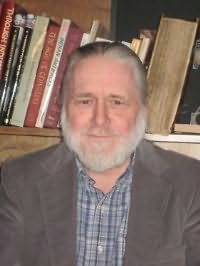 (b.1944)
John Francis Carr is a science fiction editor and writer. His works include the space opera The Ophidian Conspiracy and several novels (some co-written with Roland J Green) set in the Paratime universe of H Beam Piper.

Carr is also recognized as an editor, having edited numerous collections or series involving Libertarian science fiction and Military science fiction. He often works with Jerry Pournelle and may be best known for this. In 2002 Carr and Pournelle were honored with a Prometheus Award for editing The Survival of Freedom.