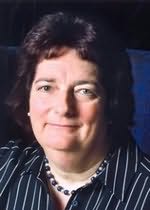 (b.1949)
Lindsey Davis has written nearly thirty novels, beginning with The Course of Honour, the love story of the Emperor Vespasian and Antonia Caenis. There are twenty books in her bestselling mystery series features laid-back First Century detective Marcus Didius Falco and his partner Helena Justina, plus friends, relations, pets and bitter enemy the Chief Spy. Following her major standalone, Master and God, a new series featuring Flavia Albia, Falco's adopted daughter, is now under way, complemented by a digital novella, The Spook Who Spoke Again. She has also written books set in the English Civil War, Rebels and Traitors and A Cruel Fate (a Quickread). Her books are translated into many languages and serialised on BBC Radio 4. Past Chair of the Crimewriters' Association and The Society of Authors, and a Vice President of the Classical Association, she has won the CWA Ellis Peters Historical Dagger, the Dagger in the Library, and a Sherlock award for Falco as Best Comic Detective, plus international awards such as the Premio Colosseo 'For enhancing the image of Rome'. She lives in the Midlands where she grew up and is currently President of the Birmingham and Midlands Institute.