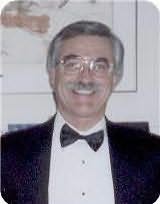 A pseudonym used by Jeremiah Healy
Jeremiah Healy, a graduate of Rutgers College and Harvard Law School, was a professor at the New England School of Law for eighteen years. He is the creator of the John Francis Cuddy private-investigator series and (under the pseudonym "Terry Devane") the Mairead OClare legal-thriller series, both set primarily in Boston.

Healy has written eighteen novels and over sixty short stories, fifteen of which works have won or been nominated for the Shamus Award. Healy's later Cuddy novels include RESCUE, INVASION OF PRIVACY, THE ONLY GOOD LAWYER, and SPIRAL. His O'Clare books from Putnam/Berkley are UNCOMMON JUSTICE, JUROR NUMBER ELEVEN, and A STAIN UPON THE ROBE, the last optioned for feature film in December, 2003.
A past Awards Chair for the Shamus, Healy also served as President of Private Eye Writers of America for two years. In October, 2000, he was elected President of International Association of Crime Writers ("IACW"). Books of his have been translated into French, Japanese, Italian, Spanish, and German. Healy has spoken about mysteries at the Smithsonian Institution's Literature Series, The Boston Globe Book Festival, the Sorbonne in Paris, and at conferences in England, Canada, Spain, Germany, Austria, and the Czech Republic. He was toastmaster at the 1996 World Mystery Convention (Bouchercon) and was the American Guest of Honour at Bouchercon 2004 in Toronto.
Series
Mairead O'Clare legal thriller
1. Uncommon Justice (2001)
2. Juror Number Eleven (2002)
3. A Stain Upon the Robe (2003)