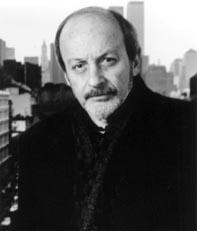 (1931 - 2015)
Doctorow was born in the Bronx, New York City, the son of Rose (Levine) and David Richard Doctorow, second-generation Americans of Russian Jewish descent who named him after Edgar Allan Poe. He attended city public grade schools and the Bronx High School of Science where, surrounded by mathematically gifted children, he fled to the office of the school literary magazine, Dynamo. He published his first literary effort, "The Beetle," in it, which he describes as a tale of etymological self-defamation inspired by my reading of Kafka.

Doctorow attended Kenyon College in Ohio, where he studied with the poet and New Critic John Crowe Ransom, acted in college theater productions, and majored in philosophy. After graduating with honors in 1952, he completed a year of graduate work in English drama at Columbia University before being drafted into the United States Army. He served as a corporal in the signal corps, in Germany 195455 during the Allied occupation.

He returned to New York after his military service and took a job as a reader for a motion picture company, where he said he had to read so many Westerns that he was inspired to write what became his first novel, Welcome to Hard Times. He began it as a parody of western fiction, but it evolved to be a serious reclamation of the genre before he was finished. It was published to positive reviews in 1960.

Zero (1983)
Ignácio de Loyola Lopes Brandão
"A wild, surreal novel, vulgar, funny, self-conscious, painful. It is done in short takes, each with a headline; a kitchen sink kind of book, envisioning the hideous nature of life under a repressive regime of the 1960s."