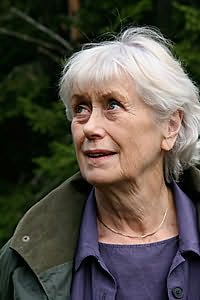 Kerstin Ekman wrote a string of successful detective novels (among others De tre små mästarna and Dödsklockan) but later went on to psychological and social themes. Among her later works is Mörker och blåbärsris (1972) (set in northern Sweden) and Händelser vid vatten (1993), in which she returned to the form of the detective novel.

Elected a member of the Swedish Academy in 1978, she left the Academy in 1989, together with Lars Gyllensten and Werner Aspenström, due to the debate following death threats posed to Salman Rushdie. According to the rules of the Academy, however, she will remain a passive member for the entirety of her life.
Series
Women and the Town
1. Witches' Rings (1997)
2. The Spring (1999)
3. The Angel House (2002)
4. City of Light (2004)