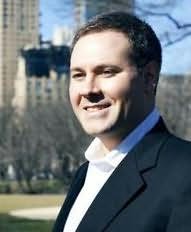 (b.1981)
Daniel Friedman is a 1999 graduate of White Station High School and New York University law school who practices in New York City.Friedman's father, Memphis lawyer Robert Friedman, was shot and killed 10 years ago at the age of 52, in the parking garage of the 100 North Main Building. The killer disguised himself by wearing a suit and carrying a legal folder when he ambushed Friedman, and told police when he was arrested that he was angry with Friedman over the results of his divorce case and had planned also to kill his ex-wife, her boyfriend and Chancellor D.J. Alissandratos. Friedman says his own father's death a decade ago is still his struggle as well.