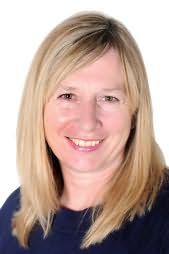 Sue is an Amazon best selling author, The Girl Who Lied, reaching #1 in the UK in 2016. Her novel, Closing In, became a best seller in 2014 reaching #1 in the Kobo Romantic Suspense chart. Her originally self-published debut novel, United States of Love, was awarded the INDIE Brag Medallion and later when published by HarperImpulse was short-listed for the Joan Hessayon Award (2014). Sue was also short-listed for the Festival of Romance, New Talent Award (2013). Sue blogs regularly with the on-line writing group The Romaniacs (www.theromaniacs.co.uk).

Lover of cake, Dragonflies and France. Hater of calories, maths and snakes. Sue was born in Hertfordshire but had a nomadic childhood, moving often with her family, before eventually settling in West Sussex.

Sue is married with four children, all of whom patiently give her time to write but, when not behind the keyboard, she likes to spend her time with them, enjoying both the coast and the South Downs, between which they are nestled.

Dare to Remember (2017)
Susanna Beard
"Written with care and a deep level of understanding, while simultaneously building up the suspense until you are racing to find out what happened… a great read."

The Lost Sister (2018)
Tracy Buchanan
"An enthralling read where suspense and emotion cohabit the page with ease."

He Will Find You (2018)
Diane Jeffrey
"Brimming with tension, riddled with doubt and suspicion, insidious and compelling with a terrifying ending that had me catching my breath."

The Rival (2018)
Charlotte Duckworth
"A fantastic debut of how female relationships can turn toxic with devastating consequences."