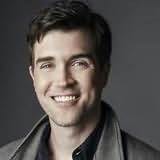 (Daniel Mallory)
A J Finn is the pseudonym of Daniel Mallory, currently a senior publishing executive at William Morrow/ HarperCollins. An Oxford graduate and former book critic, he lives in New York City.

His debut novel, The Woman in the Window, is currently in development as a major motion picture at Fox.

Genres: Mystery
Novels
The Woman in the Window (2018)

The Chalk Man (2018)
C J Tudor
"Utterly Hypnotic. The Chalk Man is a dream novel, a book of nightmares: haunted and haunting, shot through with shadow and light - a story to quicken the pulse and freeze the blood. A dark star is born."

Bitter (2018)
Francesca Jakobi
"Bitter, yes, but also sweet -- and moving, and searching, and quietly devastating: a novel to detonate the heart. Steep yourself in this exquisite story. You won't regret it, and you won't forget it. Fans of Gail Honeyman and Joanna Cannon will love Bitter."

Splinter in the Blood (2018)
(Carver and Lake, book 1)
Ashley Dyer
"One of the boldest, most inventive serial-killer thrillers since The Silence of the Lambs...anchored by a protagonist as complicated as she is compelling."

The Burning Chambers (2018)
(Burning Chambers, book 1)
Kate Mosse
"Oh, what a glorious novel. A masterly tour of history; a rapturous romance; and?best of all?a breathless thriller, alive with treachery, danger, atmosphere, and beauty. This book will transport you. Kate Mosse is that rarest of writers: a storyteller who breathes fresh life into vanished worlds."

The Good Son (2018)
You-Jeong Jeong
"A cool, crafty did-he-do-it thriller buoyed by a rising tide of madness. Provocative yet profound, humming with mood and menace, The Good Son will rivet readers of Jo Nesbo and Patricia Highsmith."

The President is Missing (2018)
Bill Clinton and James Patterson
"A bullet train of a thriller.The Day of the Jackal for the twenty-first century."

Big Woods (2018)
May Cobb
"Stephen King's Stand by Me collides with Gillian Flynn's Sharp Objects in this exceptional thriller. Gutsy, gripping - and pitch-perfect in its resurrection of an era long gone."

Boy Swallows Universe (2018)
Trent Dalton
"Joyous. Simply joyous. I hugged myself as I read it. My heart raced, swelled, burst; my eyes leaked tears; my stomach ached from laughter. Boy Swallows Universe is--I can't think of a word more apt--magical. This vibrant, vital, altogether miraculous coming-of-age novel marks the debut of an exquisitely gifted storyteller. . . and what's more, it's transformative: After reading Trent Dalton's book, you won't be the same as you were before."

A Noise Downstairs (2018)
Linwood Barclay
"Linwood Barclay’s novels – as intelligent as Michael Connelly’s, as compelling as Harlan Coben’s – never fail to astonish. A Noise Downstairs, his best work yet, is a cobra of a story: smooth, slippery, unnerving . . . and likely to strike when you least expect it. I devoured this book."

Scrublands (2018)
(Martin Scarsden, book 1)
Chris Hammer
"A heatwave of a novel, scorching and powerful. This extraordinary debut, perfect for readers of the magnificent Jane Harper, seared my eyes and singed my heart. Don't miss it."

Sadie (2018)
Courtney Summers
"Sadie: a novel for readers of any age, and a character as indelible as a scar. Flat-out dazzling."

Call Me Evie (2018)
J P Pomare
"Literary suspense as dark and fresh as midnight in winter, with a merciless twist-of-the-knife finale. One of the most striking debuts I've read in years and years."

The Chestnut Man (2019)
Søren Sveistrup
"A full-throttle thriller in the tradition of classic Stieg Larsson, drenched in atmosphere and charged with adrenaline. Buckle up. You'll gulp down every word. I loved this book."

The Woman Inside (2019)
E G Scott
"From its seize-you-by-throat opening to that jack-in-the-box finale, this slick, sleek thriller held me breathless. Psychological suspense at its brightest and boldest."

The Silent Patient (2019)
Alex Michaelides
"The perfect thriller. This extraordinary novel set my blood fizzing - I quite literally couldn't put it down. I told myself I'd just dip in; eleven hours later - it's now 5.47 AM - I've finished it, absolutely dazzled."

Courting Mr. Lincoln (2019)
Louis Bayard
"A miracle; an exquisite story exquisitely told If you love Jane Austen, or Hamilton, or fiction - of any era - that transports and transforms in equal measure, look no further."

The Island (2019)
(Hulda, book 2)
Ragnar Jónasson
"Ragnar Jonasson writes fire-and-ice novels: white-hot suspense stories set in the magnificent, forbidding terrain of his native Iceland. Few writers at work today conjure atmosphere with such power, or plot their mysteries with such craft. And The Island is his best book yet, an unflinching thriller that braids past and present, good and evil, love and loss. I can't wait for Hulda Hermannsdóttir's next case."

The Night Before (2019)
Wendy Walker
"A dazzling hall-of-mirrors thriller: ferociously smart, furiously paced, and - best of all - honest-to-goodness surprising. All hail Wendy Walker."

The Reunion (2019)
Guillaume Musso
"Witty, elegant, and peopled with complex characters, it's one of the most sheerly suspenseful novels I've read in years -- and among the most enjoyable, too."

A Stranger on the Beach (2019)
Michele Campbell
"Rides its rising tide of terror to a finale that blanched my knuckles. An exceptionally suspenseful thriller."

The Other End of the Line (2019)
(Inspector Montalbano, book 24)
Andrea Camilleri
"Set in Sicily and starring a detective unlike any other...altogether transporting."

The Holdout (2020)
Graham Moore
"Plunge a syringe filled with adrenaline into the heart of Twelve Angry Men and you’ve got The Holdout."

Our Little Cruelties (2020)
Liz Nugent
"A dark jewel of a novel - finely observed, swift and exciting."

Have You Seen Me? (2020)
Kate White
"Arms linked, breath held, we drop alongside Ally Linden into Kate White’s dagger-sharp, whip-smart new thriller Have You Seen Me?, the same questions burning like neon signs in our minds. . . . As nimbly plotted as Before I Go to Sleep, as winning as the best of Mary Higgins Clark, Have You Seen Me? showcases Kate White at her formidable best."

Don't Turn Around (2020)
Jessica Barry
"A novel like razor-wire: elegant, sinister, bristling with hooks. Who is the predator — and who is the prey? Is the danger behind you, a pair of headlights on that lonely highway… or right beside you, gripping the wheel with white knuckles? As you race down the roads that slice across Jessica Barry’s American Southwest, you might catch a glimpse of the desperate fugitives from No Country for Old Men, or the wayward college kids of Joyride, — but Don’t Turn Around is very much an original vehicle, part chase thriller, part psychological suspense, altogether audacious, wholly ingenious."

The Other Passenger (2020)
Louise Candlish
"A novel like a roulette wheel at full tilt: smooth, hypnotic, relentless, exciting — and ultimately, just as unpredictable… Like every Candlish thriller, The Other Passenger is psychological suspense at its most elegant and sinister."

The Eighth Detective (2020)
Alex Pavesi
"Dizzying, dazzling - a potent potion of a thriller, a brew of bibliophilia (think The Shadow of the Wind), wire-taut tension (The Talented Mr. Ripley), and plot swerves so sharp and sudden you risk whiplash with each turn of the page, as bold as the best of Michael Connelly and Lisa Gardner. When did you last read a genuinely original thriller? The wait is over."

The Less Dead (2020)
Denise Mina
"One of the most talented, most daring, most humane writers of the past twenty years, an artist whose thrillers double as embracing moral inquires."

An Inconvenient Woman (2020)
Stéphanie Buelens
"A hangman's noose of a thriller, airtight and inescapable, each strand expertly braided, each loop perfectly knotted. Harrowing yet humane -- a novel as provocative as it is suspenseful."

The Girl in the Mirror (2020)
Rose Carlyle
"Ferociously entertaining. A novel like a triathlon: part evil-twin thriller, part howdunit (or did-she-do-it?), part juicy family drama. Drop Knives Out and Double Indemnity into the blender, shake some Dead Calm over the froth, power it on, and you’ve got a cocktail like The Girl in the Mirror—fresh, flavorful, and utterly intoxicating."

Goodnight, Beautiful (2020)
Aimee Molloy
"Constructed with house-of-cards precision, this cunning story surges forward as though powered by outboard motor. But Molloy proves equally skilled in the elusive arts of character and dialogue: Goodnight Beautiful isn’t only the most suspenseful novel you’ll read this year; it’s likely to be the funniest, too. I wish that every book, in every genre, were as deeply imagined and fully inhabited as this one."

The Dead of Winter (2020)
(Giordano Bruno)
S J Parris
"If Hilary Mantel, John Le Carre and Michael Connelly were to join forces, they might gift us with a novel addictive as any of Parris's books featuring monk-turned-spy Giordano Bruno."