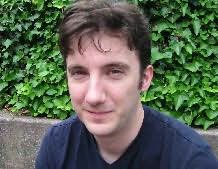 (b.1974)
Felix Gilman was born in London and grew up in the south London suburbs. He attended school in Sevenoaks, Kent, and read history at Oxford for three years, then got a master’s degree in “Elizabethan stuff,” graduating in 1996. After working briefly for a small London publisher, he moved to the U.S. to live with his wife, Sarah. They resided in Washington D.C. for a couple of years starting in 2000, where he worked as a writer for a telecommunications business publication. He then attended Harvard Law School. He has worked for the federal courts in New York and in private practice.