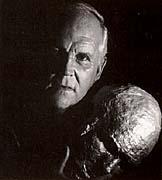 (1931 - 2011)
JOE GORES was the author of the acclaimed DKA series of street-level crime and detection, as well as the stunning suspense novels Dead Man and Menaced Assassin. Born in 1931, he served in the U.S. Army-writing biographies of generals at the Pentagon-was educated at the University of Notre Dame and Stanford, and spent twelve years as a San Francisco private investigator. The author of dozens of novels, screenplays, and television scripts, he won three Edgar Allan Poe Awards and Japan's Maltese Falcon Award.