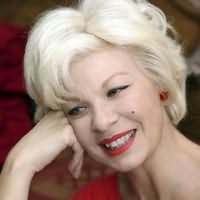 Jeanne Willis wrote her first book when she was five years old and hasn't stopped writing since. She has now written over eighty titles, including picture books, novels and television scripts. She has also won numerous awards, including the Children's Book Award, The Sheffield Children's Book Award and the Silver Smarties Prize. Her teen novel, Naked Without a Flat, was shortlisted for the Whitbread Award in 2004. She writes with her pet rat keeping her company and often takes inspiration from dreams and interesting conversations with strangers.