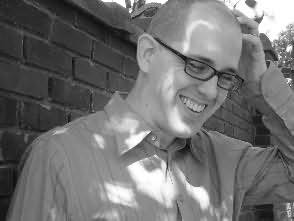 aka Alden Bell
Joshua Gaylord lives in New York with his wife, the Edgar-award-winning novelist Megan Abbott. For the past nine years, he has taught high school English at an Upper East Side prep school (a modern orthodox co-educational Yeshiva). Since 2002, he has also taught literature and cultural studies courses as an adjunct professor at the New School
Novels
Hummingbirds (2009)
When We Were Animals (2015)