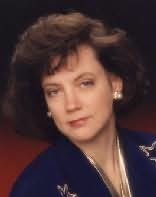 Laurie Grant was born in Texas, the only child of a career Army officer and his wife. When she was three, the family moved to Ohio after a tour of duty in Germany, and she spent her grade school years in Bexley, a Columbus suburb. During her school years, Laurie discovered her love of books and her talent for writing.She began her first "book", an ongoing story about a dog and a horse, on her dad's battered manual typewriter. In high school, she composed a series of love stories about the Beatles for the amusement of her friends, and dreamed of being a writer, but even then Laurie realized she'd have to have a stable job to indulge that dream. Graduating from high school in 1969, she went on to Grant School of Nursing and became a registered nurse. She married and had two daughters, Danielle and Stephanie.

In her spare time, Laurie enjoys reading romance and suspense. Her favorite novels are Katherine, by Anya Seton, and The Windflower, by Laura London. She spends time online with writer friends and watching favorite TV show E.R. and Third Watch, and playing with her four dogs and two cats. Laurie is now the proud grandma of two girls and a boy. Meanwhile, Laurie has expanded her nursing repertoire, becoming qualified as a S.A.N.E. (Sexual Aussault Nurse Examiner), a nurse who takes care of rape victims. Her nursing experience has also led her to try her hand at a medical suspense series. She now lives out in the country with her menagerie and is still looking for a real-life hero.