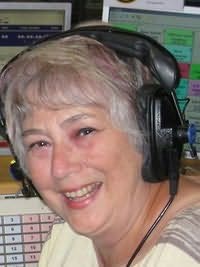 Brought up in South Wales and a fluent Welsh-speaker, Mari Griffith began her career as a singer before moving into radio and television as a presenter of many different types of programmes for children, for adults and for the BBC Television Schools Service. Then a career change saw her take up a staff appointment with BBC Wales as a bi-lingual continuity announcer. Two years later, after an intensive training course, she became a multi-camera television director, again working on a variety of programmes.
Now retired from broadcasting, Mari at last has time to concentrate on something she has always loved - writing. Short stories brought initial success, one is included in the Historical Novel Society's 2012 anthology 'The Beggar at the Gate', with another scheduled for inclusion in the 2014 anthology. Her debut novel 'Root of the Tudor Rose' tells the little-known story of the astonishing love affair which founded the Tudor dynasty and is published by Accent Press in ebook, hardback and paperback versions. The book has already met with considerable critical acclaim and was chosen by the Welsh Books Council as its featured 'Book of the Month' for July. Mari is currently working on her second novel.