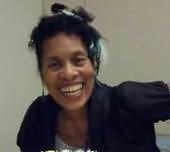 Andrea Hairston is a novelist, essayist, playwright, and the Artistic Director of Chrysalis Theatre. Her plays have been produced at Yale Rep, Rites and Reason, the Kennedy Center, StageWest, and on Public Radio and Television. She has translated plays by Michael Ende and Kaca Celan from German to English. Ms. Hairston has received many playwriting and directing awards, including a National Endowment for the Arts Grant to Playwrights, a Rockefeller/NEA Grant for New Works, an NEA grant to work as dramaturge/director with playwright Pearl Cleage, a Ford Foundation Grant to collaborate with Senegalese Master Drummer Massamba Diop, and a Shubert Fellowship for Playwriting. Since 1997, her plays produced by Chrysalis Theatre, Soul Repairs, Lonely Stardust, Hummingbird Flying Backward, and Dispatches have been science fiction plays. Archangels of Funk, a sci-fi theatre jam, garnered her a Massachusetts Cultural Council Fellowship for 2003.

In her spare time she is the Louise Wolff Kahn 1931 Professor of Theatre and Afro-American Studies at Smith College. She has received the International Association of the Fantastic in the Arts Distinguished Scholarship Award for outstanding contributions to the criticism of the fantastic.

Lonely Stardust, a collection of essays and plays, was published by Aqueduct Press in 2014.  Her latest play, Thunderbird at the Next World Theatre, was published in Geek Theateran anthology of science fiction and fantasy plays in 2014 by Underwords Press.

She bikes at night year round, meeting bears, multi-legged creatures of light and breath, and the occasional shooting star.
Novels
Mindscape (2006)
Redwood and Wildfire (2011)
Will Do Magic for Small Change (2016)
Master of Poisons (2020)

The Freedom Race (2021)
(Dreambird Chronicles, book 1)
Lucinda Roy
"The future Lucinda Roy calls up in The Freedom Race is a fierce, unsettling riff on our past and present. Instead of watching democracy evaporate and justice fail, Ms. Roy challenges us all to get over ourselves and join the race for freedom."