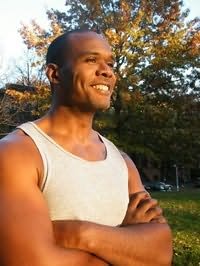 James Hannaham's first novel, God Says No, was published by McSweeney's in 2009 and was a finalist for a Lambda Book Award, a semifinalist for a VCU Cabell First Novelist Award, and was named an honor book by the American Library Association's Stonewall Book Awards. His short fiction has appeared in BOMB, The Literary Review, Nerve.com, Open City, and several anthologies. He has written for the Village Voice, Spin, Blender, Out, Us, New York Magazine, The Barnes & Noble Review and once, circa 1997, a tiny sidebar in the front section of the New York Times Magazine. Once upon a time in 2008, he was a staff writer at Salon.com. He has been awarded residencies at Yaddo, The MacDowell Colony, and Fundación Valparaíso and a NYFFA Fellowship. He teaches in the writing MFA program at the Pratt Institute. His second novel, Delicious Foods, will be published by Little, Brown in March 2015.
Novels
God Says No (2009)
Delicious Foods (2015)

Tell the Machine Goodnight (2018)
Katie Williams
"Allow me to introduce you to your new favorite writer. Katie Williams plunges into our obsession with technology and its effect on our lives and dreams, and emerges with miraculous gifts for us—she unwraps the present and the future."