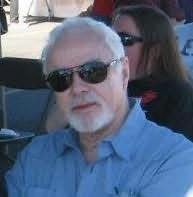 (b.1941)
Richard Hoyt, a graduate of the University of Oregon, is a former fellow of the Washington Journalism Center and holds a Ph.D. in American studies from the University of Hawaii. He served as U.S. army counterintelligence agent, wrote for daily newspapers in Honolulu, and was a stringer for Newsweek magazine. He taught journalism at the University of Maryland and at Lewis and Clark College, Portland, Or.

Hoyt is the author of the John Denson mysteries, the James Burlane thrillers and numerous other novels of adventure, espionage and suspense including two under the pseudonym of Nicholas van Pelt. In researching and writing in more than two dozen countries in Europe, Latin America, and Asia, he has ridden trains across the Soviet Union and riverboats down the Amazon. He now lives in Vancouver, Washington.