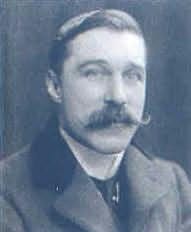 (1859 - 1932)
Fergusson Wright Hume, known as Fergus Hume was an English novelist. Hume was born in England, the second son of Dr James Hume. At the age of three his father emigrated with his family to New Zealand. He attended high school in Dunedin and studied law at the University of Otago, he was admitted to the New Zealand bar in 1885. Shortly after graduation he left for Melbourne, Australia where he obtained a post as a barristers' clerk. He began writing plays, but found it impossible to persuade the managers of the Melbourne theatres to accept or even read them.Hume was a capable writer of mystery stories, and may be looked upon as one of the precursors of the many writers of detective stories whose work was so popular in the twentieth century.