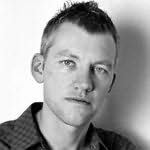 (b.1968)
Holland was born near Oxford and brought up in the village of Broadchalke near Salisbury, England. He obtained a double first in English and Latin at Queens' College, Cambridge, and afterwards studied shortly for a PhD at Oxford, taking Lord Byron as his subject, before interrupting the post graduate studies and moving to London. He has adapted Herodotus, Homer, Thucydides and Virgil for BBC Radio 4. His novels, including Attis and Deliver Us From Evil, mostly have a supernatural and horror element as well as being set in the past. He is also the author of three highly praised works of history, Rubicon, Persian Fire and Millennium. He is on the committee of the Society of Authors and the Classical Association.