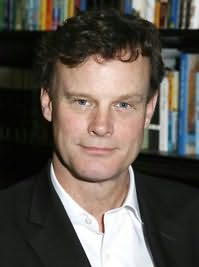 James Heneage has been fascinated by history from an early age, in particular the rise and fall of empires. He was the founder of the Ottakars chain of bookshops which, between 1987 and 2006 grew to 150 branches before being bought by Waterstones. James spent these twenty years reading and researching historical subjects before settling on the end of the Byzantine Empire as the period he wanted to write about.

After Ottakars, he chaired the Cheltenham Literary Festival before setting up his own festival entirely devoted to history with author James Holland. The Daily Mail Chalke Valley History Festival is now in its third year and attracts around 30,000 people to its menu of talks, debates and living history displays.

The first of his Mistra Chronicles, The Walls of Byzantium, was launched at the Festival in June 2013.